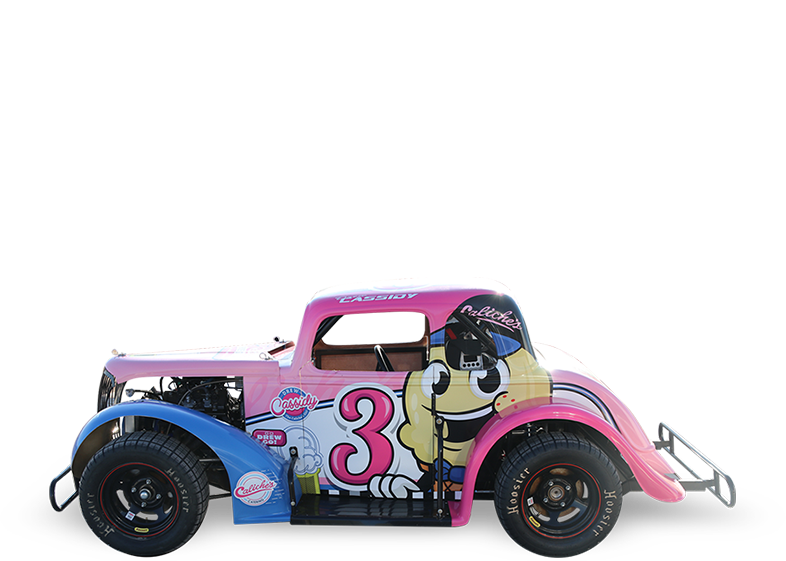 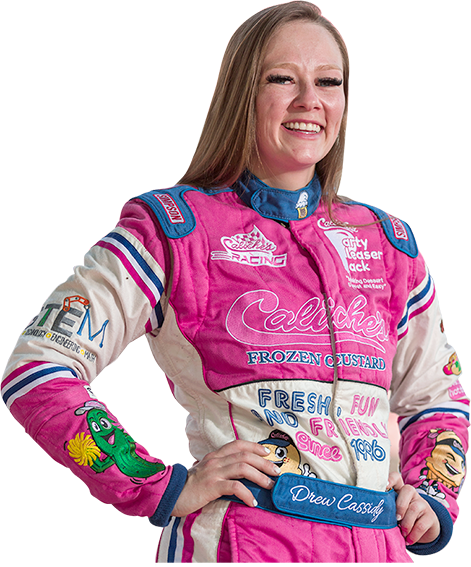 Drew Cassidy is a first-generation racecar driver and college graduate. Similar to Caliches, she was established (born) in 1996 and is a local to Las Cruces, NM. As a little girl, her dream was to graduate from college. Through her love of math and driving her mom crazy taking things apart she learned she wanted to be an engineer. Halfway through her second year at NMSU, her father died. Terrified of how depressed she had become she searched for something to pour her heart and soul into and joined a club on campus called SAE Mini Baja. There she was a part of a team that designed, built, and raced a 10hp single-seat off-road buggy. After working hard, she earned the driver’s seat to race their car in a 4-hour long endurance race in an international competition amongst 100 other teams. This is where she fell in love with racing. Seeing her passion, her mentor and SAE Baja advisor gave her the opportunity to race his Mini Sprint at Southern New Mexico Speedway Park in 2018.

In her first year of racing, she won the points championship. The following year the track was moved to Vado and the Mini Sprint class was canceled. Not wanting to give up racing, Drew spent the winter building a claimer stock car. She drove this car to a second-place championship finish in only her second year of racing. Now Drew drives the Caliche’s Legends car at the Vado Speedway Park. She is currently seventh in season points out of thirty-five drivers. Off the track, Drew works full-time as a Mechanical Engineer for a NASA Rocket Testing facility. Being in a male-dominated field on and off the track, Drew is passionate about breaking stereotypes and sharing her love for STEM.

Her dreams now are to race a 410 Sprint Car in the World of Outlaw traveling circuit while using racing as a platform to inspire young girls to pursue technical passions along the way. Follow Drew’s journey on her Instagram @drew3cassidy. 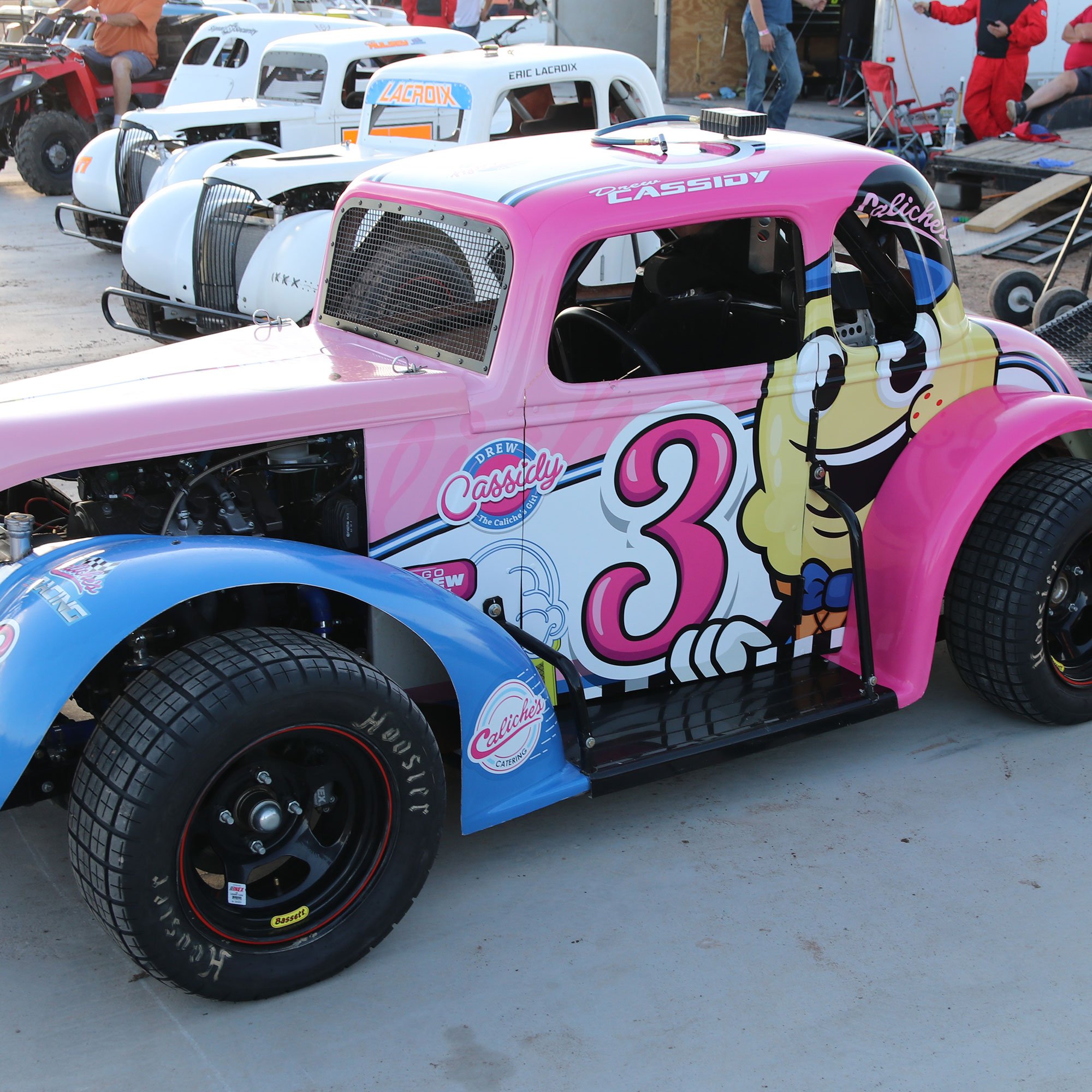 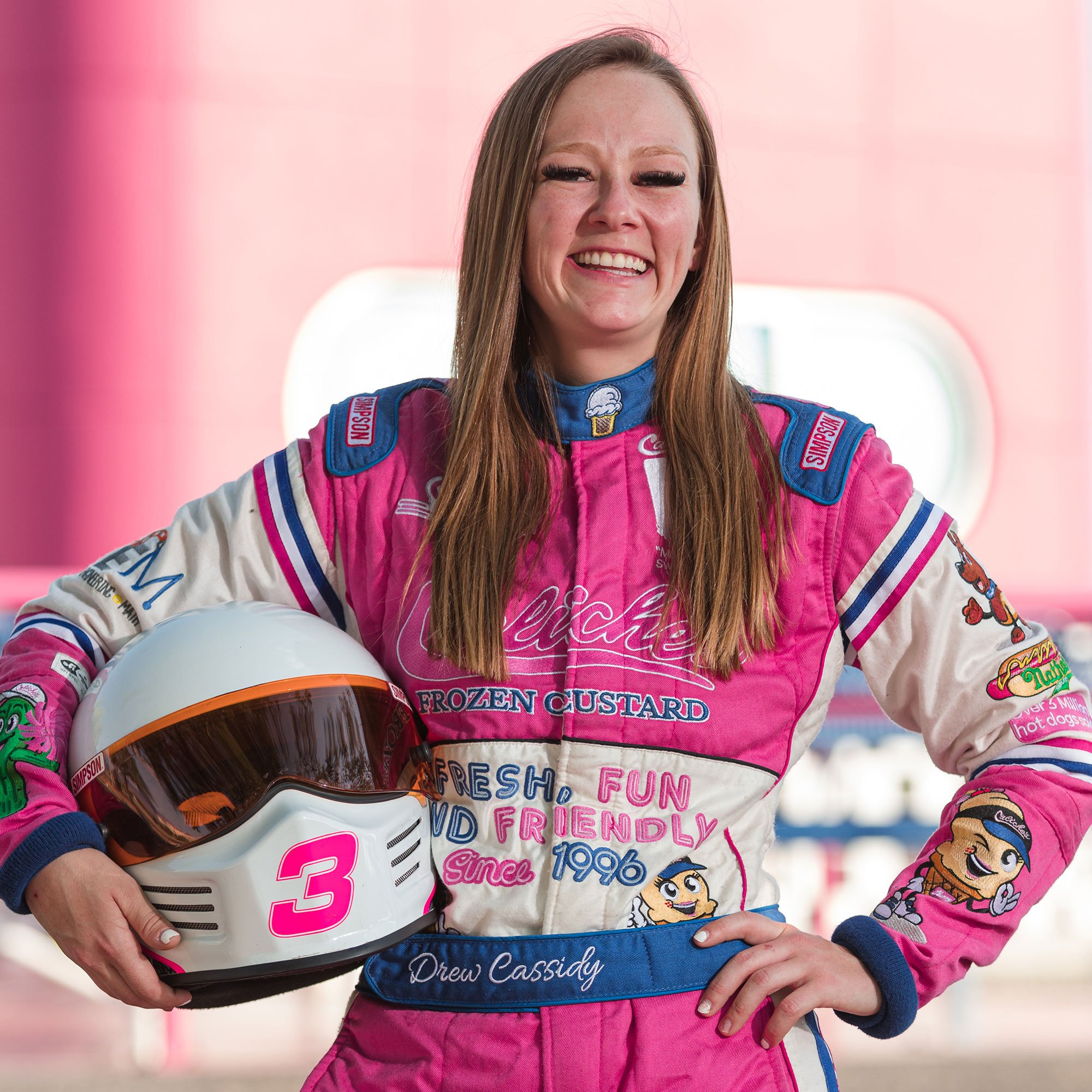 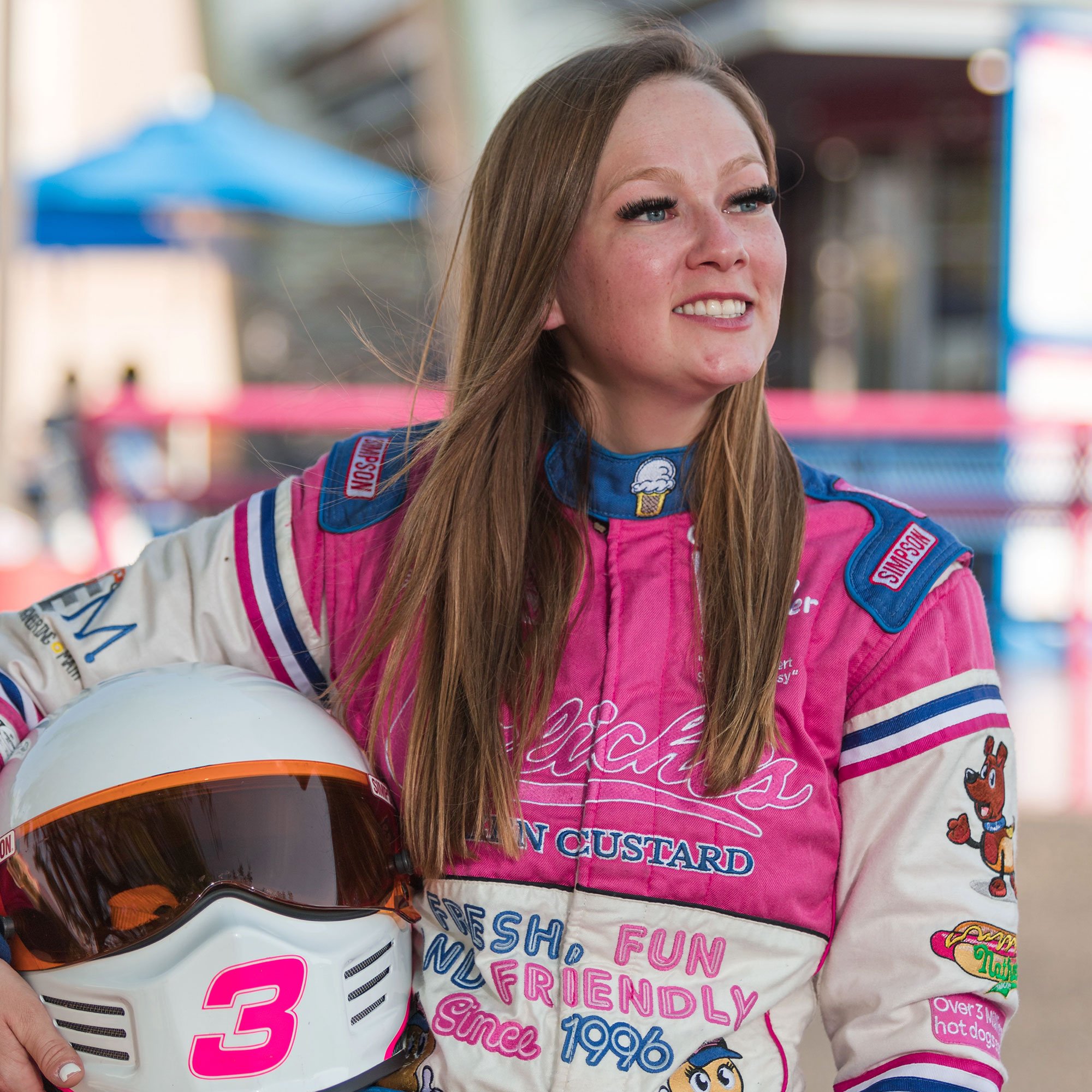 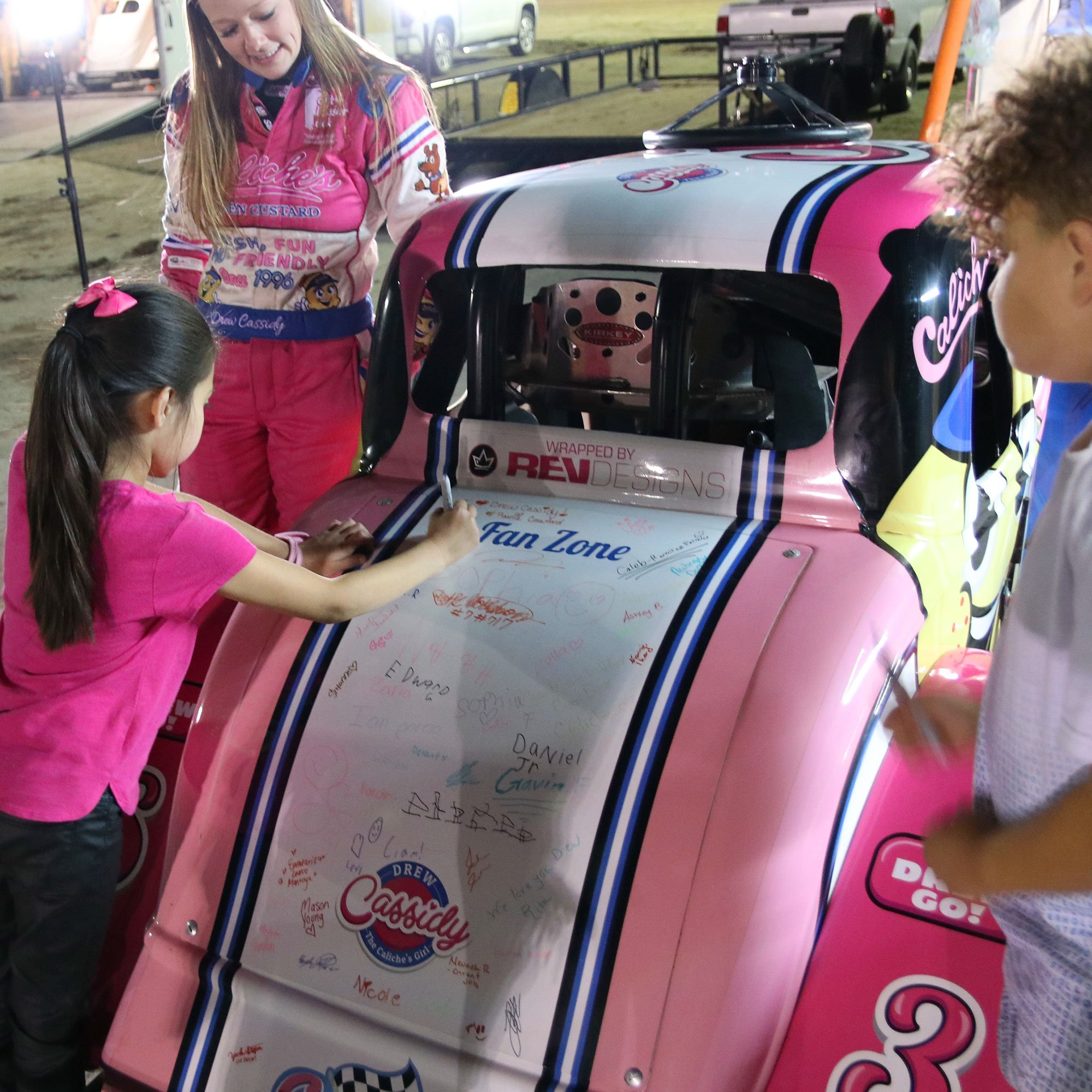 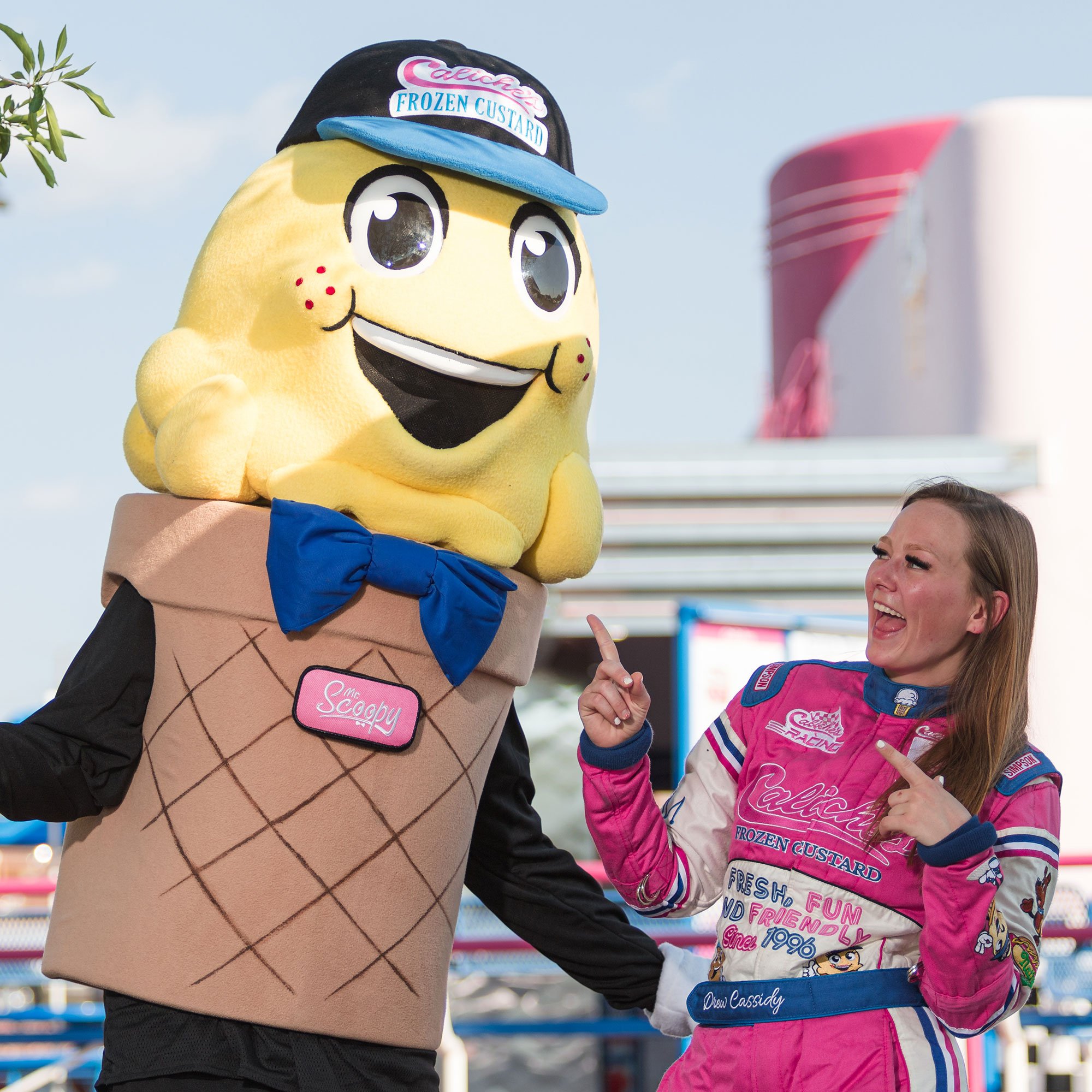 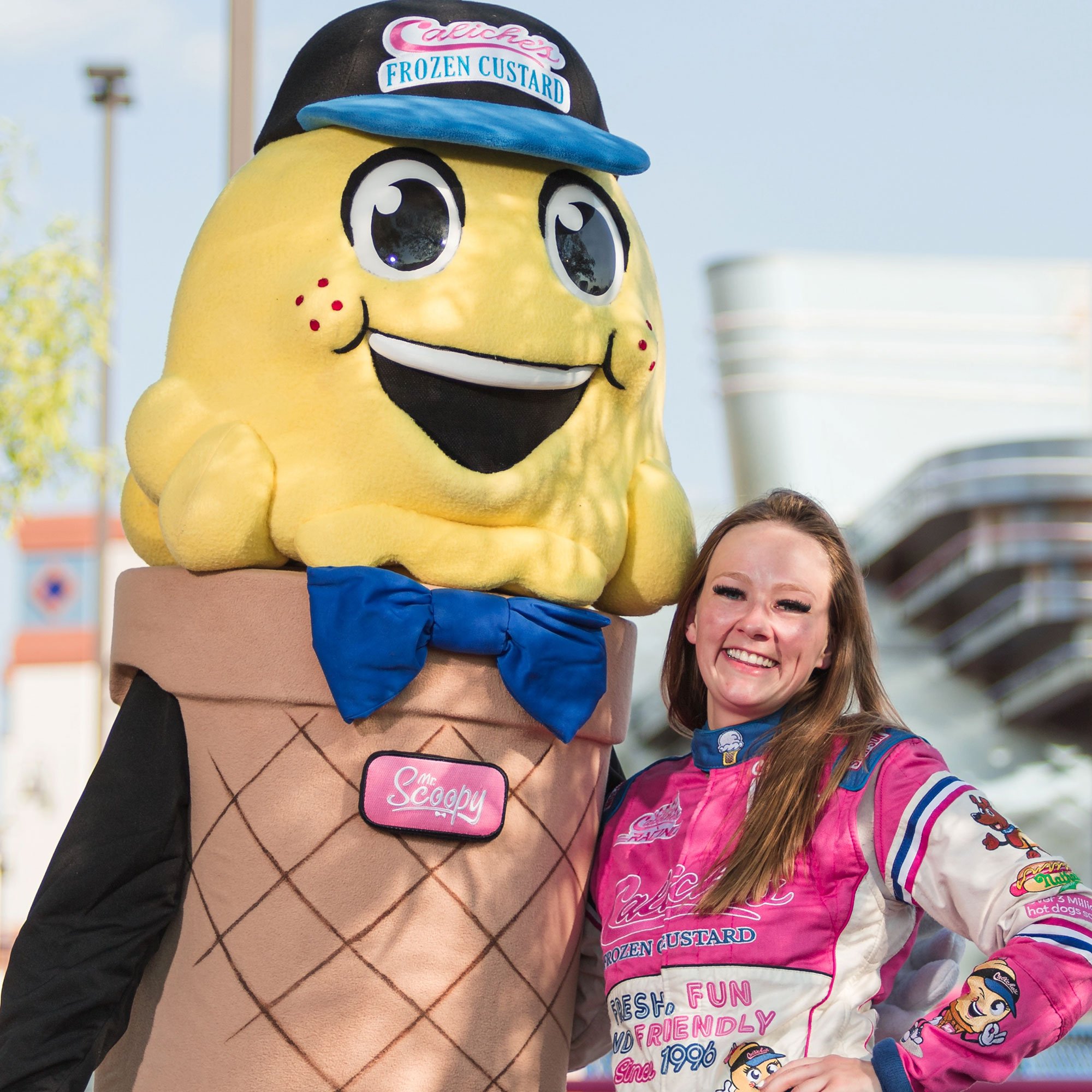 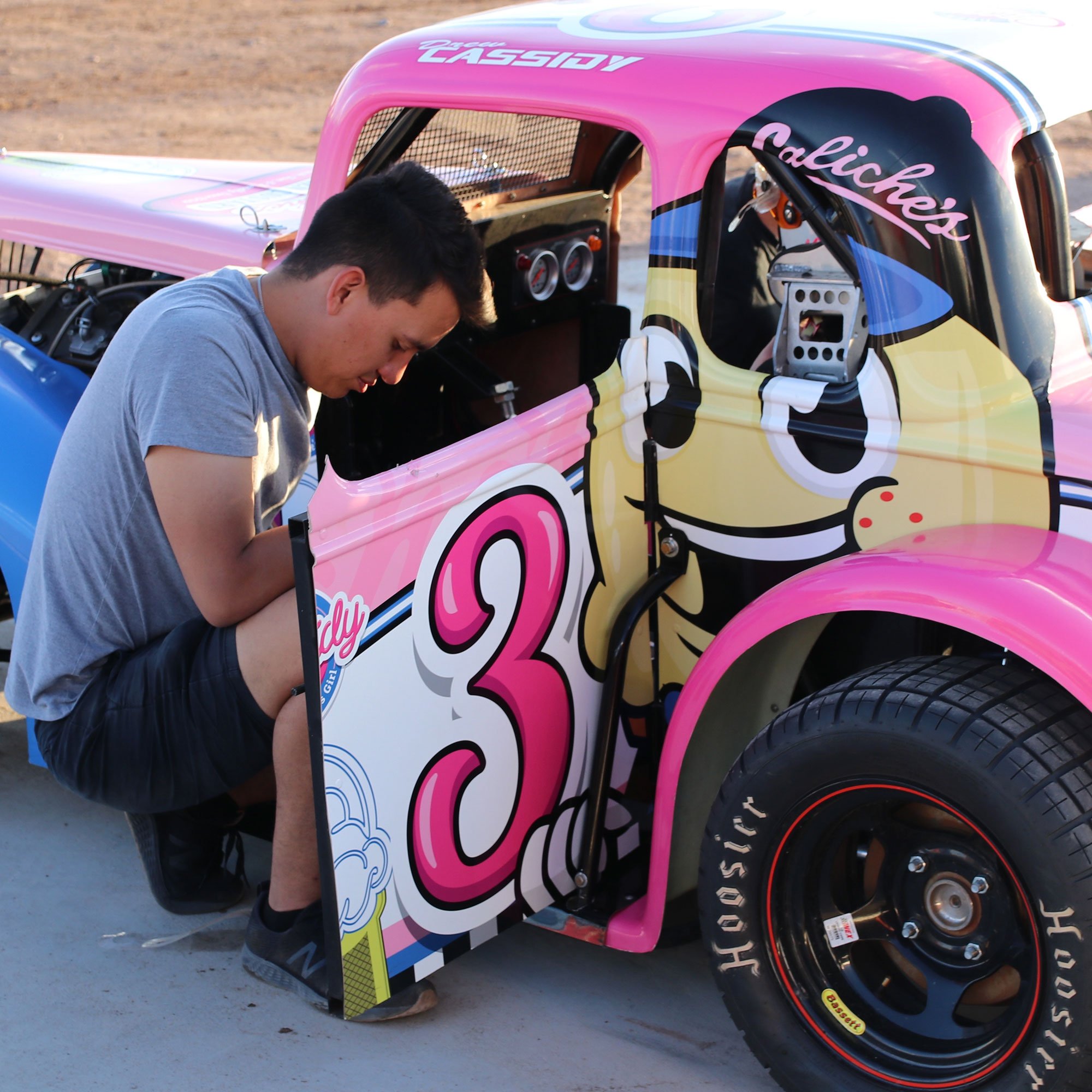 All Races will be at Vado Speedway Park in Vado, NM.

Use this form to submit a customer service message